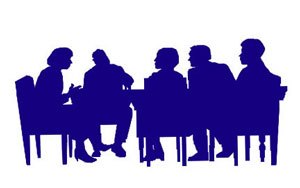 CALL TO ORDER: 3:50 by Joanne Sanders

Friends Report (Marge) STAR Awards will be awarded by FOL to 2 students.  Robin presented Best Practices program for FOL groups. Gross income almost $10,000 for the quarter, from mini- and quarterly book sales.  69% of the books at the sale distributed or sold.

Commissioner Report—Budget was adopted. No extra hours added this year, trying to develop a good plan for more hours. Roseland found a site to operate, has a 6 year lease.  City of Santa Rosa intends to okay/contribute for one year (more is wanted!) at cost of $100-150,000. SCL will hire a Fund Development Manager to do fundraising for the Roseland Library, especially. Sebastopol wants to expand and will also need to do fundraising. Library fines—did away with them.

Library Director or Designee Report-(Sarah) Budget approved and will be finalized.  Fines for late books/borrowed materials were eliminated as of July 1. 20% of library cards were blocked due to outstanding fines. Will track results of this new policy.  Commissioners adopted MOU on the union contract.  Reported on the all LAB meeting held June 1.  Many ideas.

Branch Manager Report –Sabine Salek is the new hire, started June 10. Sabine is the Young Adult/Teen Services librarian and is bilingual in Spanish.

Reported on successful programs: author visit, music events, homework help and LEGO Club. Summer Reading program started June 1.  Lunch at the Library began June 10 and continues through August 9, serving ages 0-18.  Upcoming programs reported.  A hardcopy of the Announcements also submitted.  Noted “trivia of the month” –The SV library contains over 46,000 items. Will put out a free book cart (with complementary copies of the book of the next distinguished speaker?)  Next distinguished speaker Firoozeh Dumas author of Funny in Farsi on Aug. 3 at 2 pm at Sonoma Valley library.

City Council Liaison Report -Rachel Hundley not present.  Trying to get a city councilperson to attend.

APPROVAL OF THE MINUTES OF THE April 2019 MEETING. APPROVED

PUBLIC APPEARANCES OR LETTERS --NONE

An opportunity for members of the public to address the Library Advisory & Friends’ Boards; times are limited at the Chair’s discretion.

DISCUSSION ITEMS AND POSSIBLE ACTION ITEMS—All LAB meeting report by Beverly.  Good mix of library people. Broke into discussion groups, mainly good for meeting people and finding out what the other LABs do and what other groups do. More meetings may be coming up.  Transcribed notes coming soon.

Possible action items—Outreach funds of $500 have not yet been spent.  Bev moves to fund for last meeting.  Ken seconded, motion passed.